Apple iPhone 14 Review: First Impression and What to Expect from Apple

This iPhone 14 Review covers everything you need to know about the iPhone 14, which is expected to launch on October 31, 2022.

The iPhone 14 seems to be the perfect upgrade after the iPhone 13, from the design changes to camera upgrades and the introduction of new colours.

The iPhone 14 lineup is;

This year Apple has decided to change the game by eliminating the iPhone mini version, which means we are not expecting iPhone 14 Mini this year from Apple due to the low turnouts with it’s customers.

The full lineup of iPhone 14’s colours is said to be red, green, purple, blue, black and white. In Addition, the iPhone 14 Pro will be getting green, purple, silver, gold and graphite.

Force Touch and Face ID, two features that Apple previously launched and which prompted operating system features to develop around them.

One feature built around the True Depth sensor array is the ability to activate different menus by swiping downward from either corner of the notch.

In terms of design, the iPhone 14 Pro and iPhone 14 Pro Max are focused on a different approach and will be losing the notch in favour of a pill-and-hole cutout, a 48MP camera and the better A16 Processor.

For the “iPhone 14,” Apple is anticipated to continue offering a two-camera setup. A 12MP wide lens is one, and a 12MP ultra-wide lens is the other and 8K video recording capabilities, but these features will not be available on the standard iPhone 14 models.

Even while the hardware itself doesn’t vary much from successive generations, Apple typically adds new features to its cameras. So, the iPhone camera with the iPhone 14 series is anticipated to get better.

It is anticipated that all iPhone 14 models will have 7-element, or 7P, lenses. The pro models’ optics would, however, be of a higher grade.

iPhone 14 ram rumour is expected to feature a 6GB RAM but with a differentiation between the regular from the Pro version by using LPDDR5 in the former and LPDDR4X in the latter. The iPhone 14 Pro versions will have improved performance and power efficiency on the RAM.

The “iPhone 14” will probably be priced fairly similarly to the iPhone 13 given Apple’s prior pricing methods. However, the initial price would be $799 if there were no minis available.

Also Read:   Infinix Smart 6 Plus Review: Should You Buy it?

That is unless Apple decides to reduce the “iPhone 14” to the $699 entry-level iPhone 13 small due to the cheaper component costs in this iteration.

Now, we know what we are expecting from Apple inc this year. The iPhone will get a new 2TB storage option from Apple in the following year. This might boost the base capacity for such phones and potentially lead to the standard iPhone’s first appearance of 1TB, most likely for the Pro model.

What’s your say on the iPhone 14, leave a comment below; 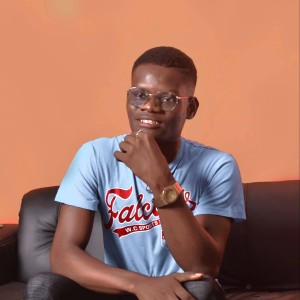 I'm Ayorinde Ayodeji known as Geek Deelino a content creator, Product Designer and Developer with over 3years+ of experience. I love writing when I'm free and relaxed.