The Nothing Phone 1 has to be one of the most anticipated releases of 2022. The viral marketing strategy used by Nothing Phone’s marketing and promotional team definitely worked because Nothing phone 1 has brought about lots of talk and arguments over the Internet and there are a lot of people waiting to see if it’ll be any good or its going to be just another failed device with features we already got available.

Personally, I have made some extensive research on this smartphone and watched a lot of Youtube videos analyzing what the device may bring and if it’ll be something people are going to want to purchase. And, currently, I actually have no standing on the topic. I’m completely BLANK! I feel NOTHING towards this new release… lol…

In this article, I’m going to be highlighting all we know about the Nothing Phone 1 so far, its confirmed and speculated specifications, its release date, frequently asked questions, and more…. let’s go.

Nothing is tightly controlling what we learn about the new Phone 1, but as with any hardware Smartphone launch these days, a couple of extra details will inevitably leak before the official launch. Carl Pei – The CEO and co-founder of OnePlus has constantly been teasing the public with bits and pieces of information about the Nothing Phone 1, taking control of the conversation about the upcoming device.

Nothing Phone 1: Its Design!

The Nothing 1 smartphone was expected to have the transparent casing of the Nothing Ear 1 earbuds from the start. On the 21st of June, videos detailing the design of the Nothing Phone 1 were released. The company also displayed some promotional pictures of the phone, which can be found here – Nothing phone (1) pictures, official photos (gsmarena.com)

The LEDs on the back of the Nothing Phone 1, dubbed –  The “Glyph” — can light up in various patterns and sync with various sounds. They change colors and shape in response to incoming calls, texts, app notifications, reverse wireless charging, and in some other situations. When the device is powered on, a charging progress bar illuminates at the bottom of the back cover.

On the 29th of June, there were also some leaked Images that have shown that the Nothing Phone 1 might also be coming in BLACK! Cool, I guess…

I know that the company intends to stock a large number of protective cases for the Nothing Phone 1  Furthermore, rather than hiding the phone’s design, these cases will highlight it. I  don’t know what these protective cases will look like, but it’s good to know you won’t have to sacrifice the appearance of your phone to keep it safe.

Nothing Phone 1: Specifications and General features

I can confirm that the Qualcomm Snapdragon 778G Plus chipset will be used in the Nothing Phone 1. This is a mid-range chipset that will not be as powerful as a 1st Generation Snapdragon or even the Snapdragon 888 from last year. However, the chipset will allow for wireless as well as reverse wireless charging, which is a plus. I wrote an article detailing the best processors you can get on a Smartphone.

Android 12 with the Custom Nothing OS Skin – Will power the phone. Nothing OS has already been seen running on a Samsung Smartphone in a sneak peek. At this point in time, the launcher is very basic, with the only unique feature being the ability to resize your icons and folders. Aside from that, it’s a simple launcher.

Also Read:   How To Upload Songs on Audiomack on Android and iPhone in 2022 - An Easy Guide!

The smartphone will have a dual rear camera, but no other information on the Camera has been confirmed. However, popular tipster – Yogesh Brar claims it will include a 50MP main camera and a 16MP ultrawide sensor.

Nothing confirmed the phone’s in-display fingerprint scanner in a TikTok clip uploaded on the 6th of July. Before the operator unlocks the device, the video shows the sensor’s outline.

Nothing Phone 1: How much Will it Cost?

I have also confirmed that Nothing will manufacture Indian variants of the Nothing Phone 1. This is great news for the Indian market because it means the phone will be cheaper than if it were manufactured elsewhere.

The box of the Nothing Phone 1 is made of all reused and environmentally friendly material. Their carbon footprint is actually lesser than Apple which will make it special to those that care about the environment and personally, I find that very appealing.

But, ultimately, the Nothing phone 1 will be a regular device. I don’t seem to think there will be any special features we will see on this device that haven’t already been made but I’ll keep an open mind.

I can’t wait to see the final form of the device tomorrow and update my verdict on this. Stay tuned to FaqonTech to get more extensive reviews on Smartphones, Cryptocurrency, General Tech (How To’s), and much more… 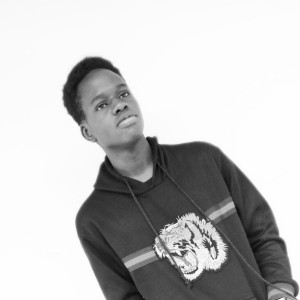